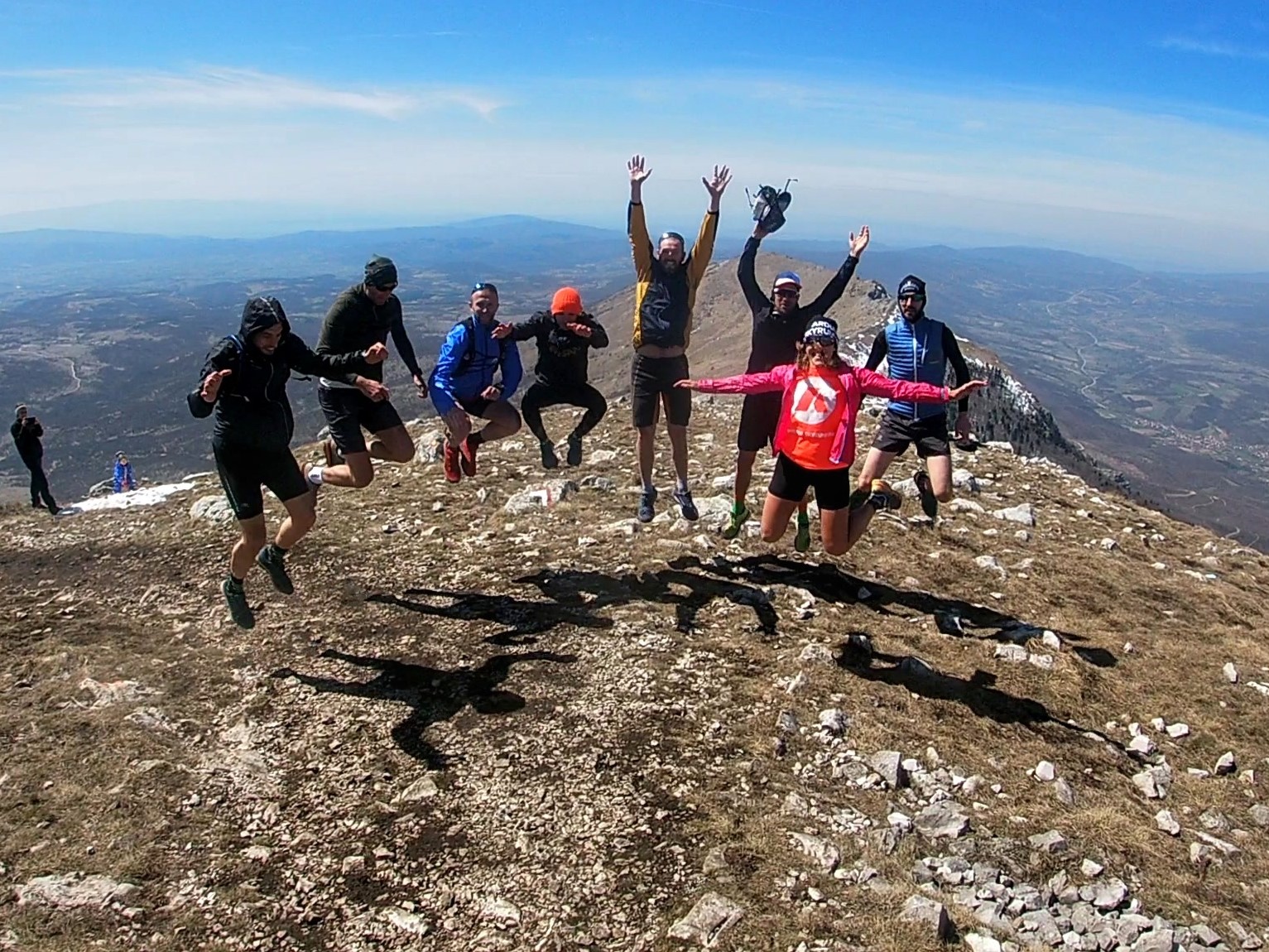 Katinka Nyberg came up with this idea, and I have to admit that is great! We have launched verticals in Sweden, Spain and Serbia and hope to be in more countries in the future.

The great thing is that anyone who wants can participate. These are joint trainings that bring only good vibes! Friendship, physical activity, staying in nature, good photos and … suffering during the climb! Hihihihi … 🙂

Our first Vertical Sunday was held. We were on the mountain Rtanj in the eastern part of Serbia.Here we had two options, to go vertically on the north side or the south. We chose the south for the first time, because there is still snow on the north side, and it is technically more demanding. It was 6k with 965 D + which is quite great for this training :).We had a fantastic day. Sun, clear sky and a great team! This time I want to thank everyone. Without you, this day would not be exactly as it should be.

Also, in Sweden and Spain people are thrilled with this idea and more and more people are joining us. People thank you, it means a lot to us!It’s nice to train, but it’s even nicer to train with friends. And the pain is easier to bear!

Vladimir Potric, our new coach in the Arduua team, was in charge of the pace, of course.And how do you think we were?
It’s this guy in the photo, you can see the pleased expression on his face…

I’m kidding a little of course. Like I said, the great thing is that everyone can come, and those who move faster, and those who move slower, no one will be alone on the track.It’s a quite a lot of ascent, but it doesn’t take too long and you’re always happy when you master that vertical :)!And another plus is that this way you can prepare for your race of this type, and maybe your first Vertical race. You never know what you can do until you try !

There will be more such great Sundays,on other mountains in Serbia. We are preparing for the next one, and we are preparing something new for you … stay tuned :).

I am glad to be a part of this community and that there are so many people who love the same as me. The mountains are waiting for us, and the verticals together with them!